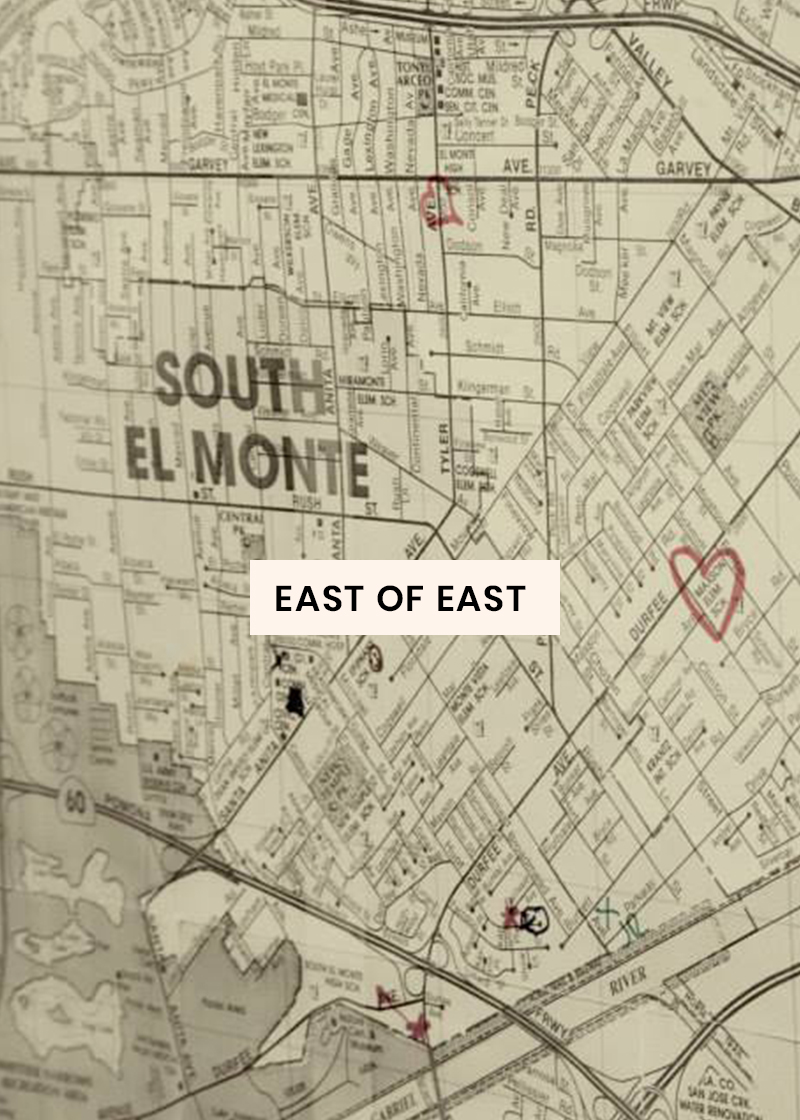 East of East: The Making of Greater El Monte (Under Contract with Rutgers Press):

East of East: The Making of Greater El Monte is an edited collection of thirty-eight essays that trace the experience of a California community over three centuries, from eighteenth-century Spanish colonization to twenty-first century globalization. Employing traditional historical scholarship, oral history, creative nonfiction and original art, the book provides a radical new history of El Monte and South El Monte (EM/SEM), showing how interdisciplinary and community-engaged scholarship can break new ground in public history. East of East tells stories that have been excluded from dominant historical narratives—stories that long survived only in the popular memory of residents, as well as narratives that have been almost completely buried and all but forgotten. Its cast of characters include white vigilantes, Mexican anarchists, Japanese farmers, labor organizers, civil rights pioneers, and punk rockers, as well as the ordinary and unnamed youth who generated a vibrant local culture on hot summer nights at dances and dive bars.  Indeed, El Monte was once best known as the “end of the Santa Fe Trail”—the end point of an iconic American journey west—but this book seeks to overturn that narrative and “burn the wagon.” It shows how El Monte has been home to people other than pioneers, and the site of major events that have transformed the landscape of Southern California over the last three hundred years. A sweeping panorama, East of East links the deep legacy of struggles for justice, freedom, and inclusion to the rapidly diversifying suburbia of the twenty-first century, revealing unknown connections between cultures and ethnic groups and movements at the metropolitan fringe.